This week-end I attended to the 2019 edition of RGC, maybe the best convention for retro enthusiasts in France.

As always, this was a thrill. Such conventions are good occasions to connect with active members of the retro-gaming community: podcasters, youtubers, homebrew coders, demo makers, console modders or avid gamers. Of course, people came mainly from France, but also from abroad, such as the very talented people behind Micro Mages for the Nintendo Entertainment System.

Many people presented their latest production. I of course showcased “Escape“, the rogue-like I am developing for the Apple II and documenting on this blog. I also brought an Amiga 500 running Speedball II. It is a great two player game, and it was good top show the proper version to all those Atari fanboys lurking around 😛

I learned many things about my machines of predilection, and also a few more tricks for the 6502.

Whenever you may live, don’t miss an occasion to attend to such a convention: it’s a lot of fun! 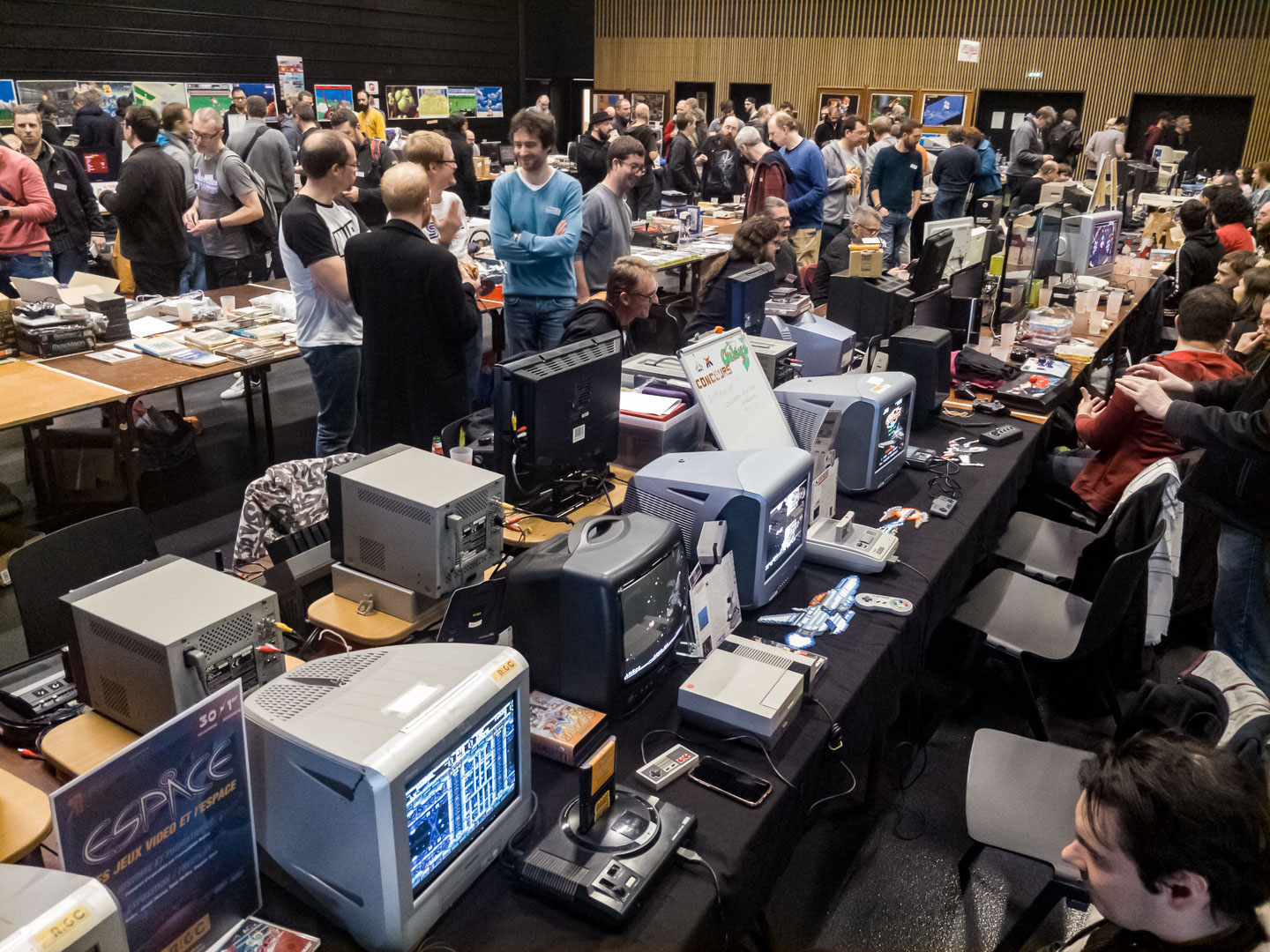 The biggest concentration of CRTs in France 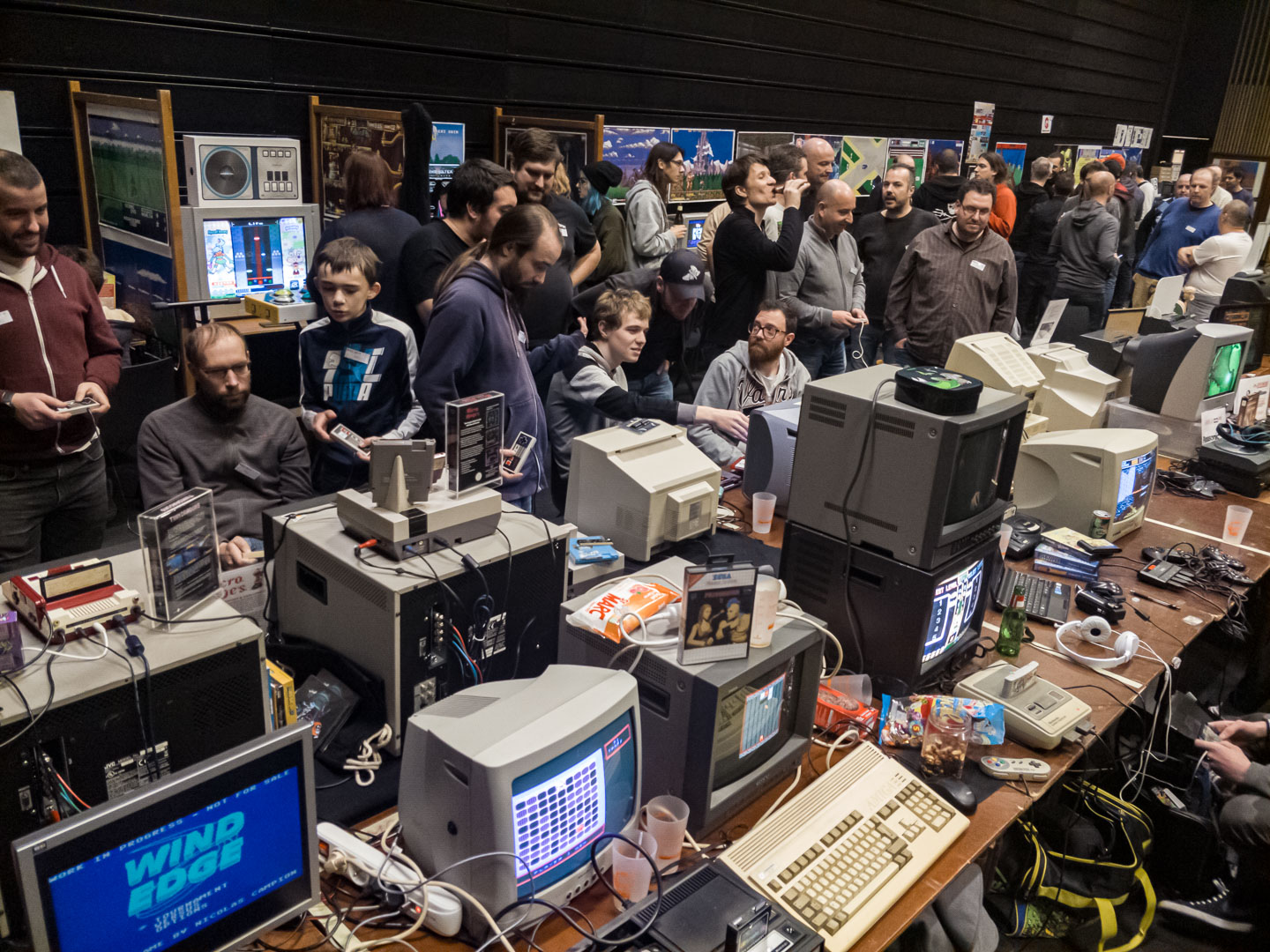 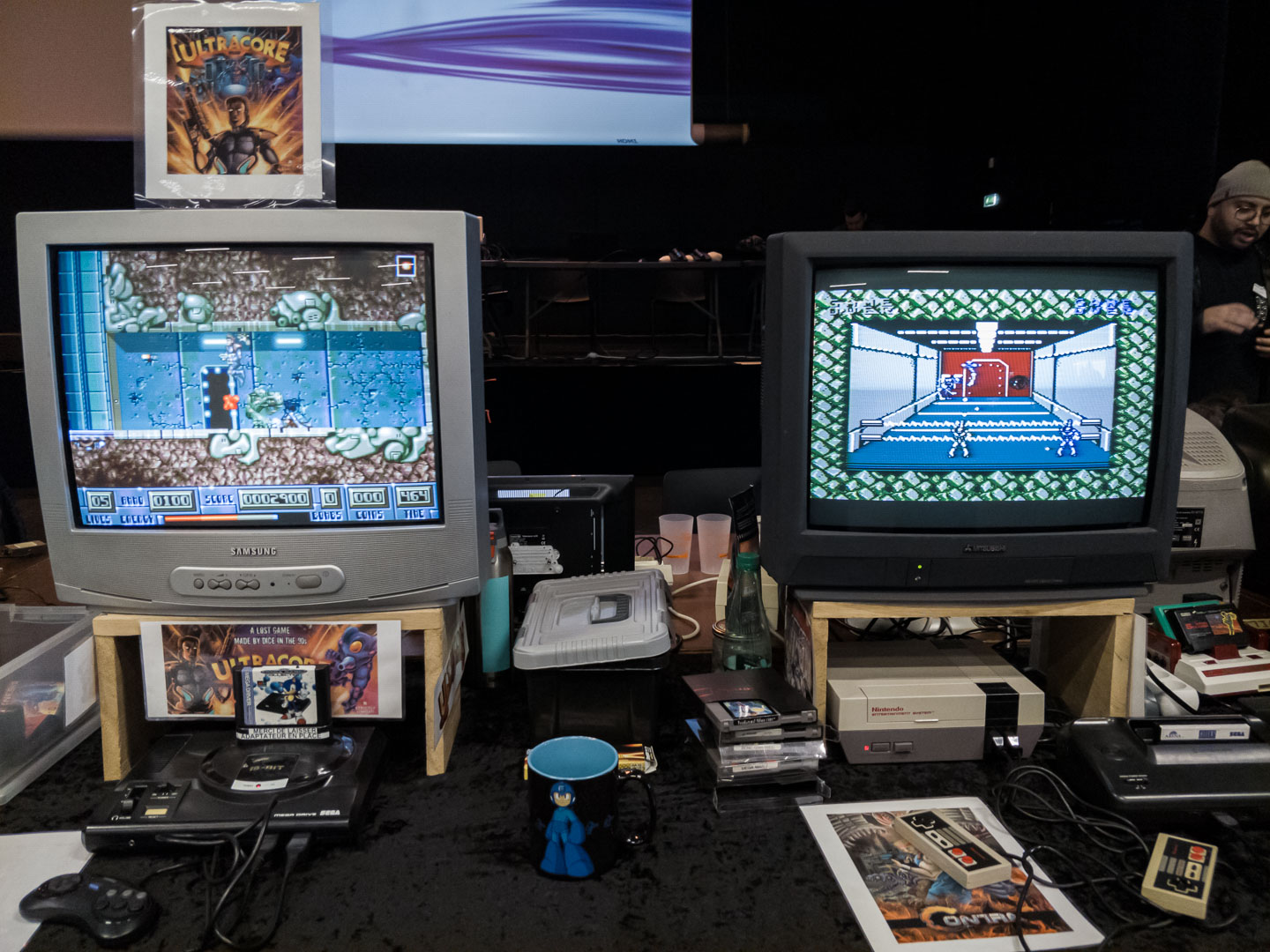 All games were of course playable 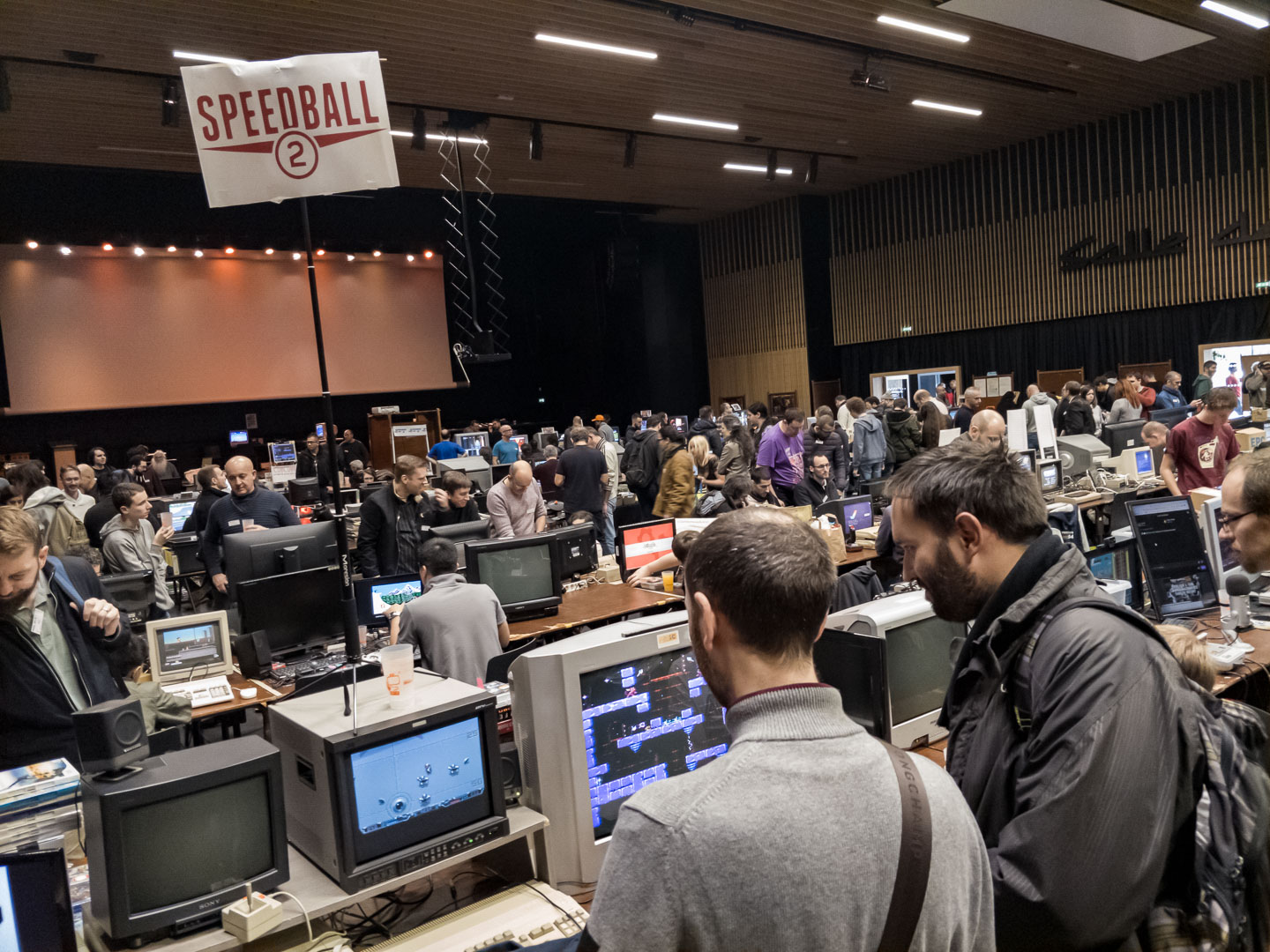 On my space: my Amiga 500 running Speedball 2 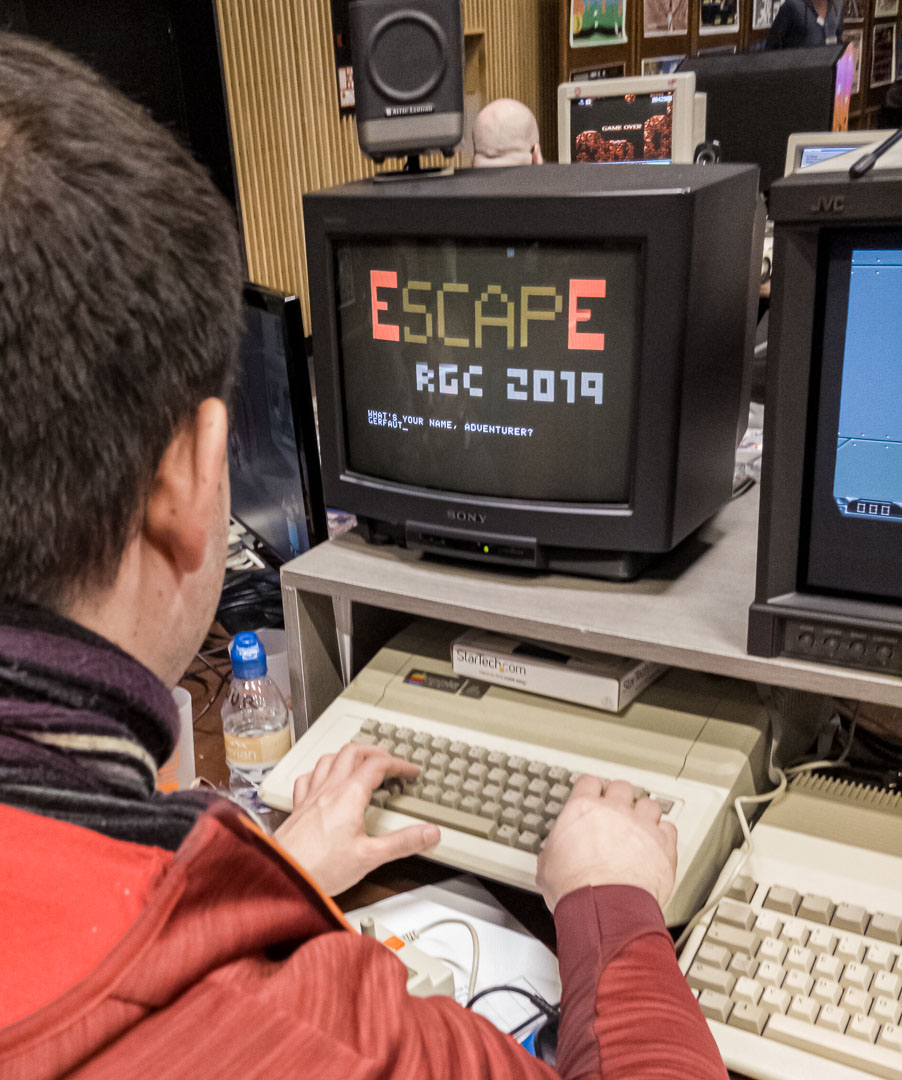 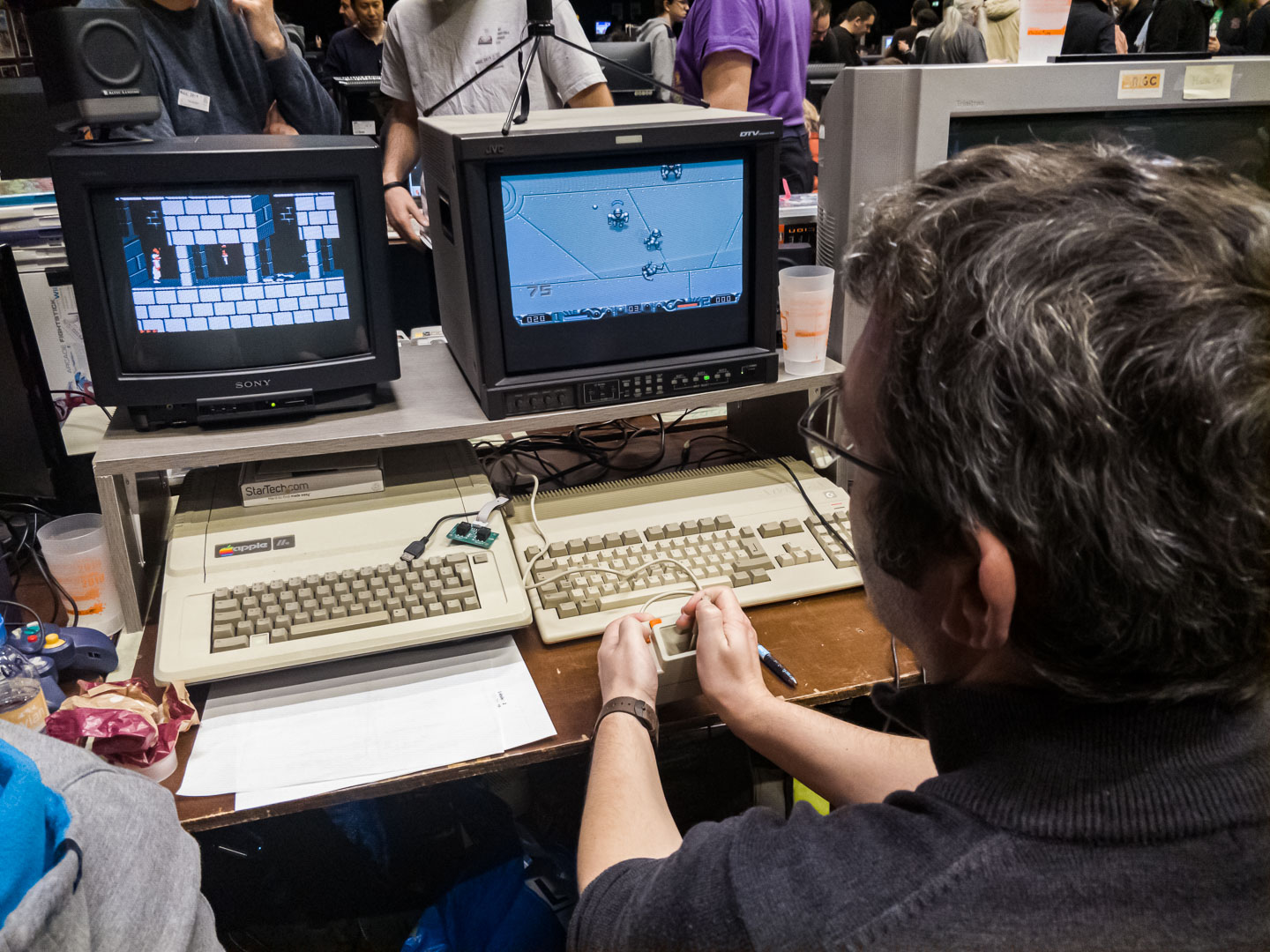 Speedball 2 is still as fun as ever 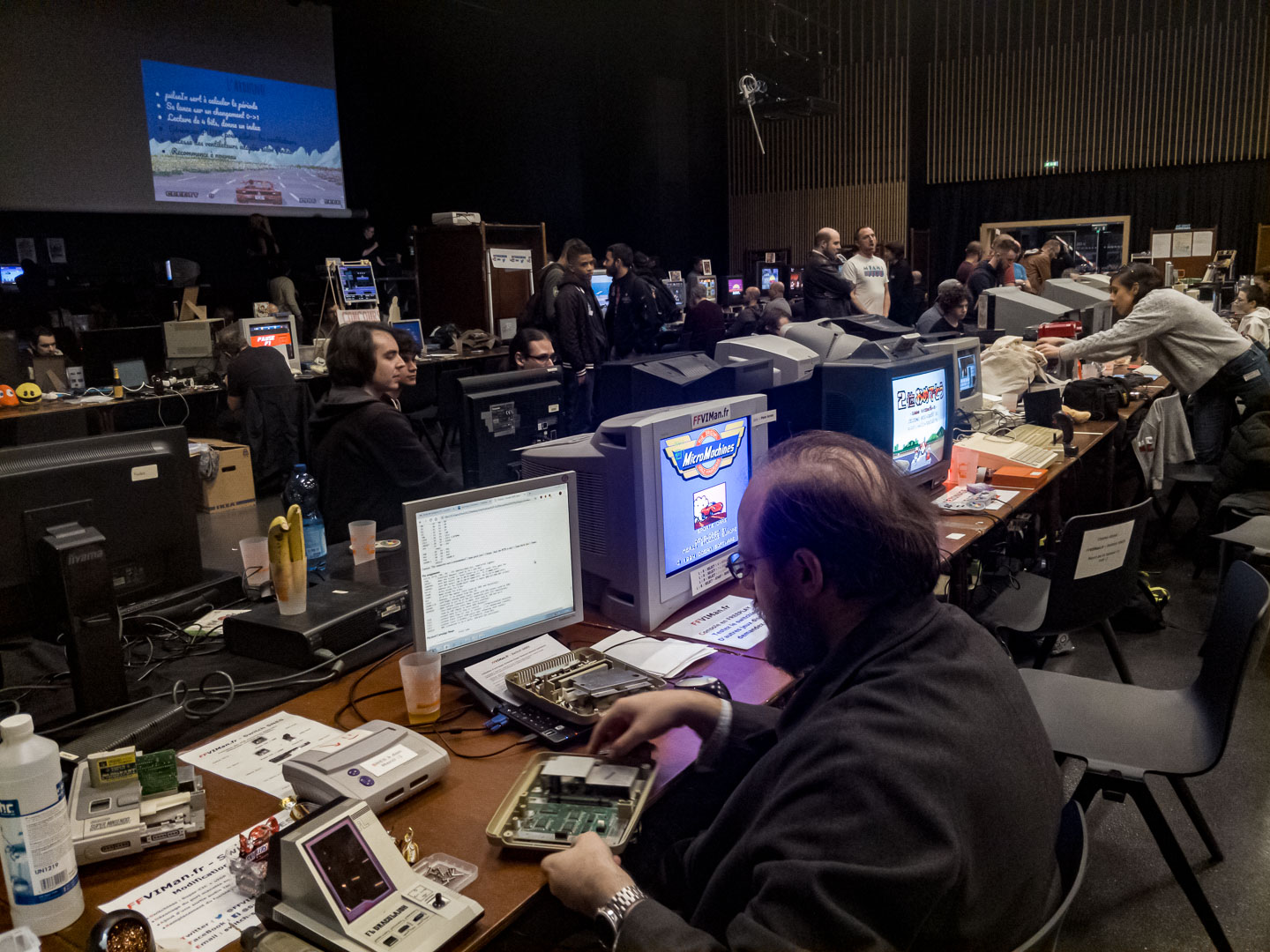 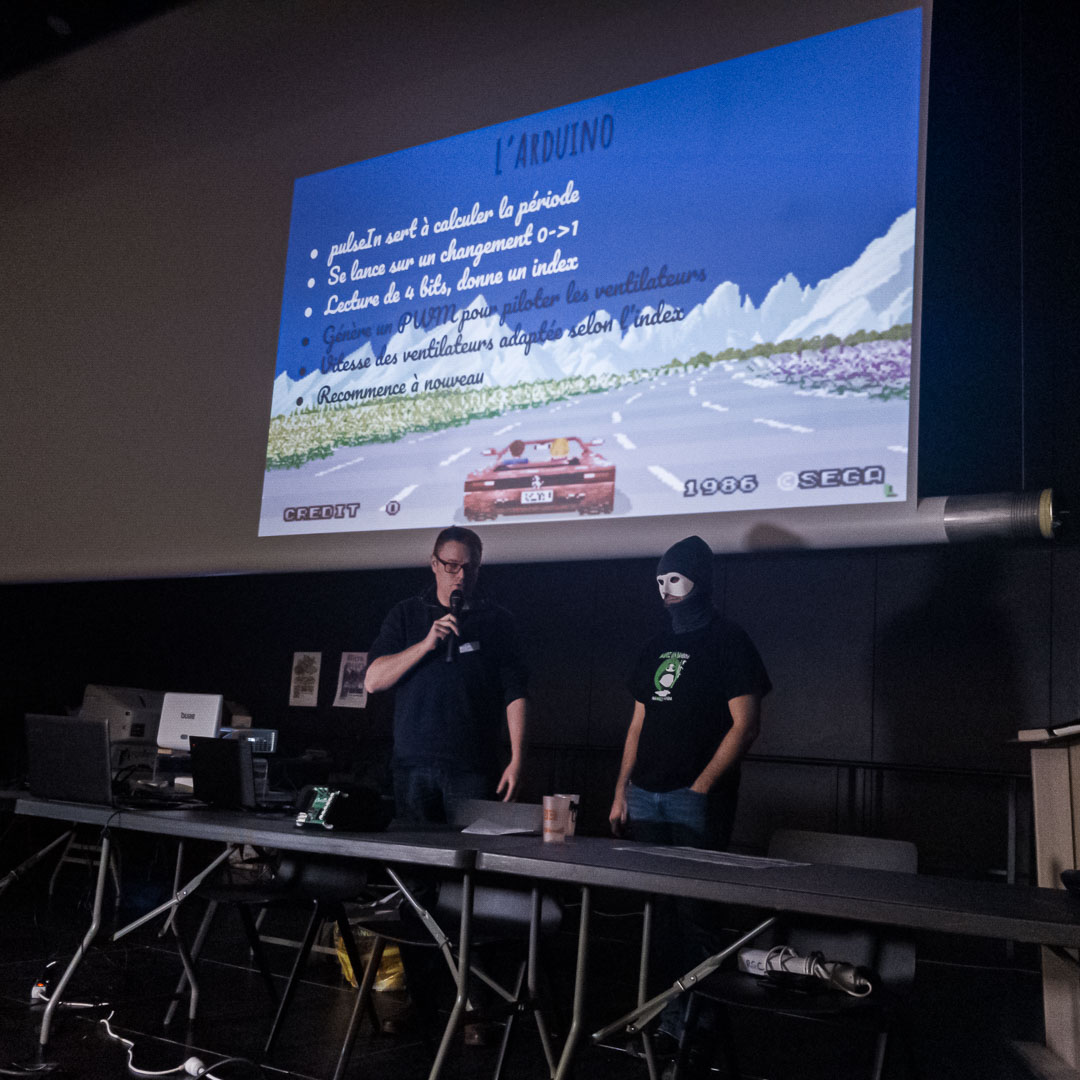 Hackers showcasing their project on stage 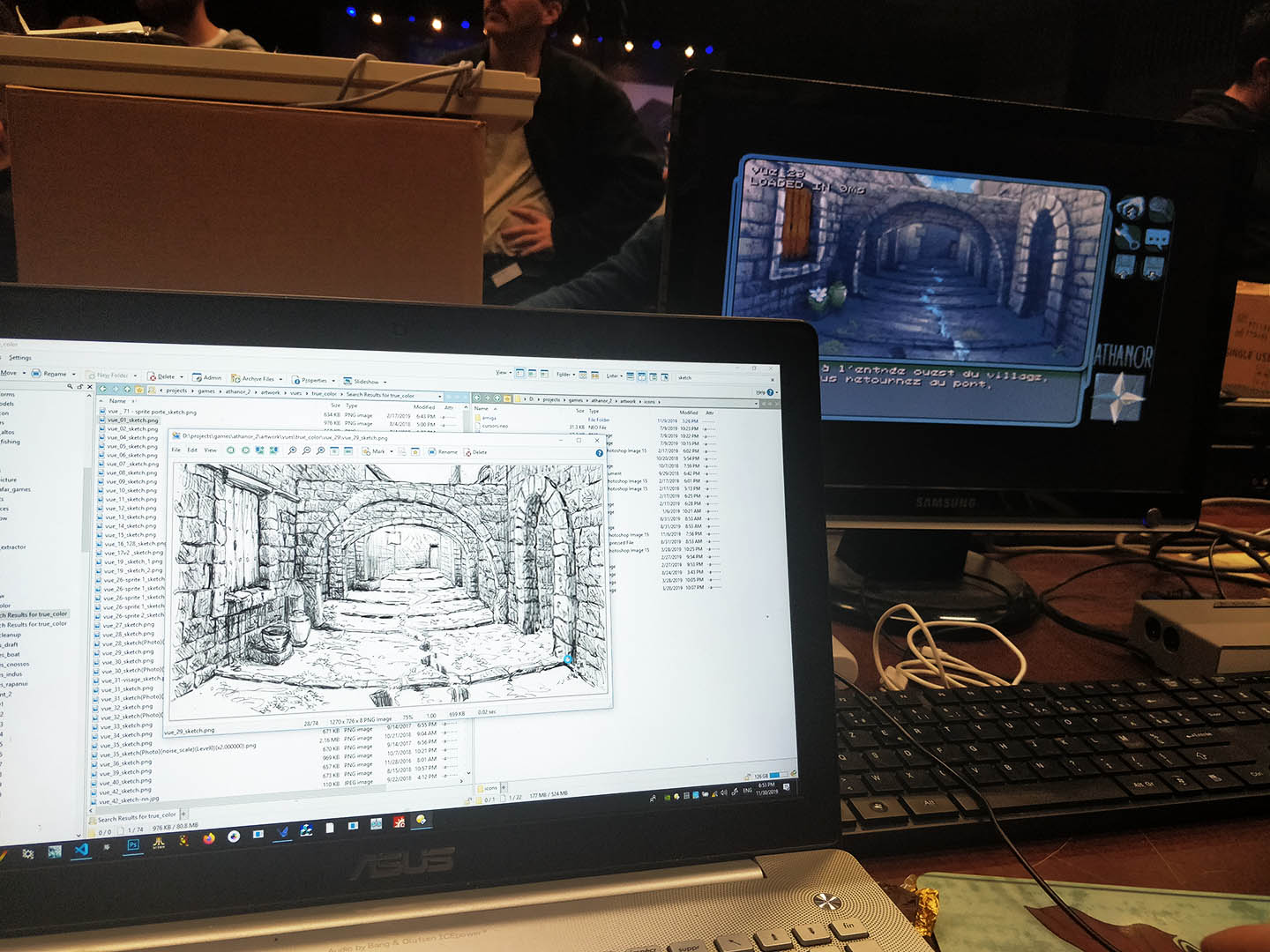 The Amiga version of Athanor in the making 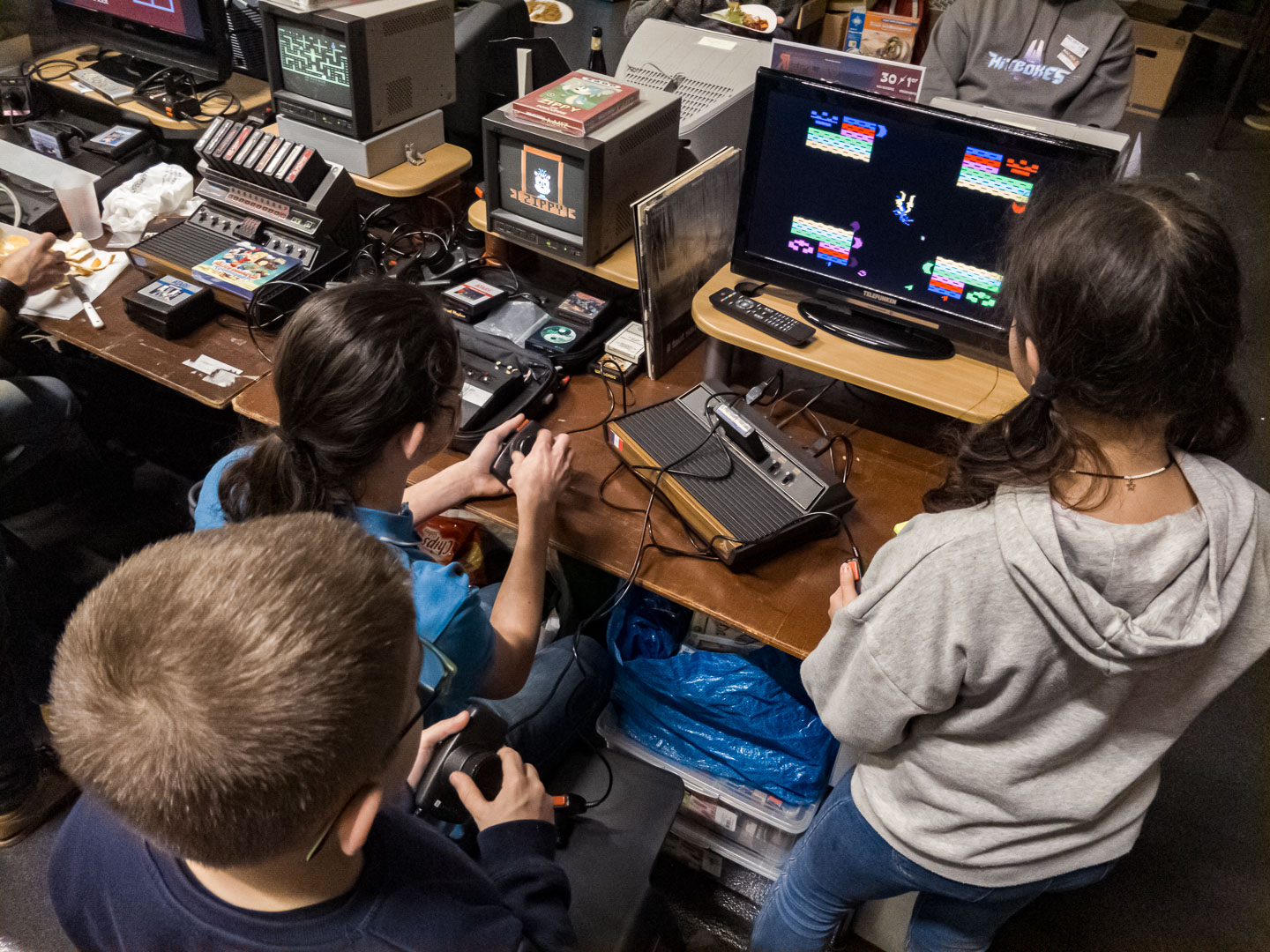 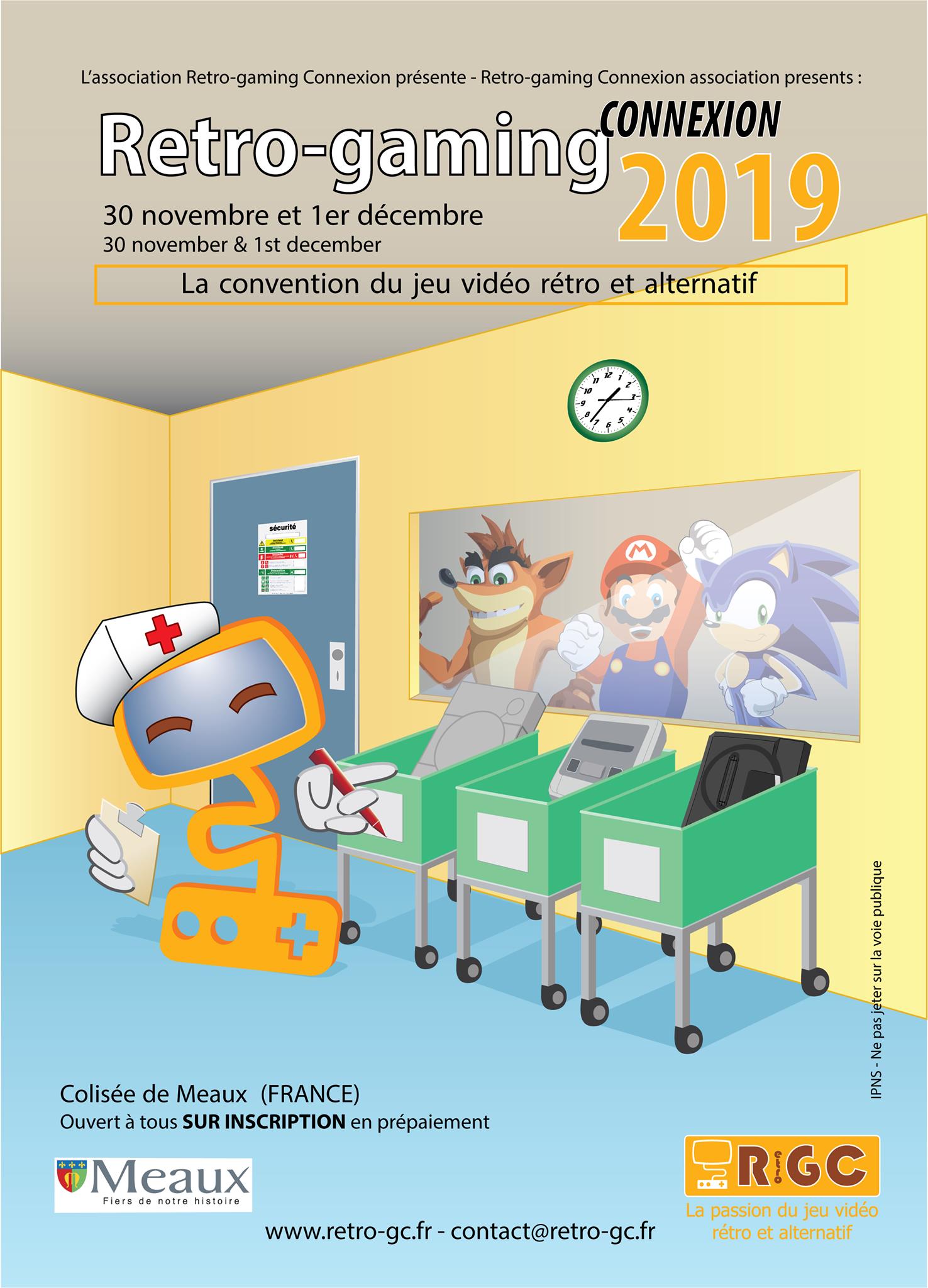